Upholding far more than its name—patroness of cycling—Ghisallo Cycling Initiative is achieving one lofty goal after another. The Austin-based organization (hey, neighbor!), named for the famed hill near Italy’s Lake Como, has a relatively short history with a mountain of accomplishments.

Just like woom, Ghisallo strives to bring the joy of bike riding to life. “We just want people to know how to use bikes as tools and enjoy biking as a casual, enjoyable activity,” says Ghisallo founder Christopher Stanton. “We have mentors and instructors who teach people how to maintain and manage bikes, whether on roads, trails, or sidewalks, and start them on the right foot so they don’t have someone looking over their shoulder.”

Stanton founded the nonprofit in 2011 after burning out in the software industry and searching for more meaning. “After college, I didn’t have a car. Honestly, I hadn’t really ridden bikes since middle school, but once I realized that I could ride my bike to work, I became a full-time bike commuter for seven years,” he says.

One day, a friend asked Stanton if he wanted to try his hand at running a bike club at a local school—the rest is history. “It turned into several schools,” says Stanton. “It was kind of unplanned.” 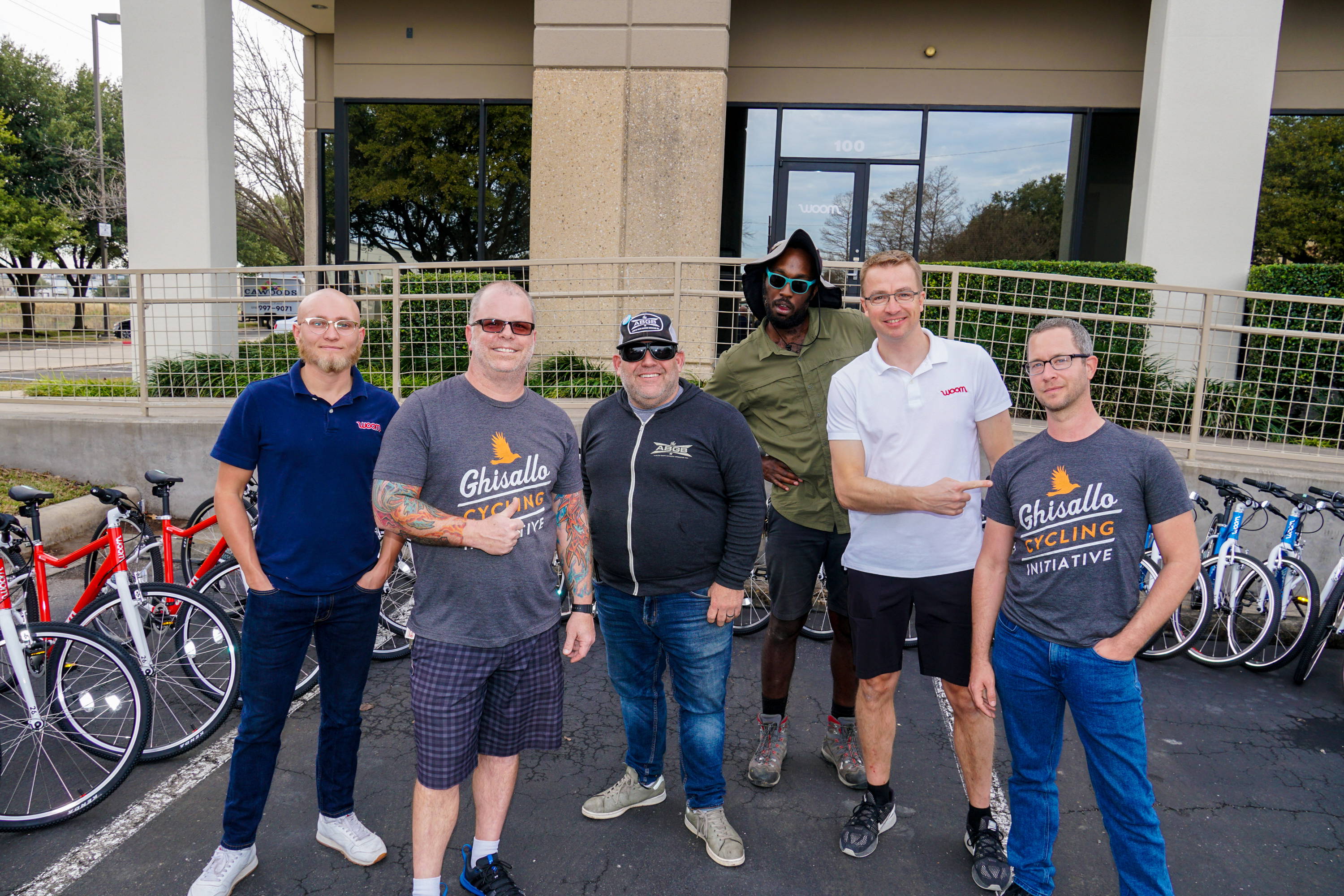 Sometimes the unplanned yields the most unexpected results. In fact, it may be Ghisallo’s unconventional perspective and emphasis on the bike as a tool that not only sets the organization apart from other bike workshops, but is the core of its success. This is especially true at its target locations: Low-income Title 1 schools and under-resourced communities.

“We’re strange. Sure, the bike is part of my self-identity. But in and of themselves, bikes are boring,” Stanton says. “They’re really only as interesting as the opportunities and outcomes you can deliver through them. Ghisallo is interested in how we can remove barriers, add access, create interactions—the bike is just the vehicle.”

In Austin, one major barrier is gentrification and changing neighborhood dynamics. We’ve been privileged to partner with Ghisallo to donate bikes through our upCYCLING program in support of adapting to these ever-changing dynamics. “If familiarity is important when it comes to going places, but you have to travel far to get to school and your friends don’t live in the same neighborhood, you can’t safely apply biking skills,” Stanton says.

What comes next seems natural. Ghisallo adopted a school-based model called Cycle Academy—it’s designed around in-depth youth programming inside multiple elementary schools around town. A growing group of Ghisallo’s instructors took over PE class and added attention-grabbing activities like bike rodeos to the core curriculum to show how to ride a bike safely and confidently. Through our partnership with Ghisallo, fleets of brightly colored woom bikes have not only made the kids smile, but also the teachers. The lightweight design makes it easy for teachers to load and unload bikes when it’s time to ride. 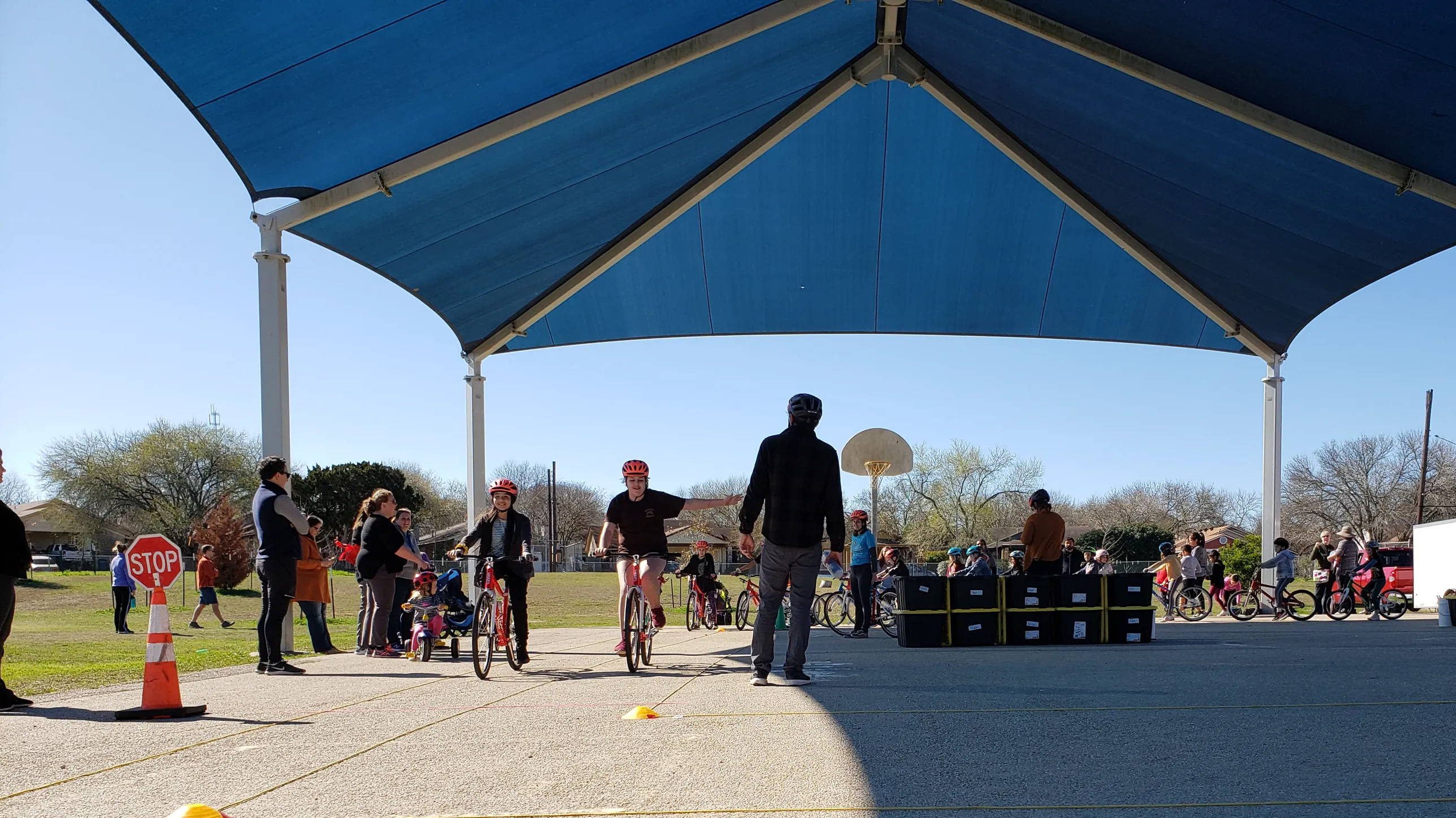 “We want people to know that it’s never the wrong time to learn to ride a bike,” says Stanton. “But our goal is that all students should have an opportunity to ride a bike before leaving elementary school.”

A five-step approach to core bike skills is Cycle Academy’s calling card. It starts with helmet fitting—something often overlooked when teaching kids. The importance of starting and stopping follows, and then the “power pedal position” is next. How about hand signals? Yep. And riding in a “bubble,” with adequate personal space. Check!

And then there’s scanning, which Stanton counts as the pinnacle of all untaught bike skills. “It’s even more important than hand signals. To look over your left shoulder to see if a car is approaching from behind, to have that habit, is one of the most critical skills to kids keeping themselves safe on the road.”

Next, Ghisallo added a youth bike shop, where kids can work to earn their own wheels. “This really allowed for more bike access because students could have their own bike to apply their newly learned skills,” Stanton says. 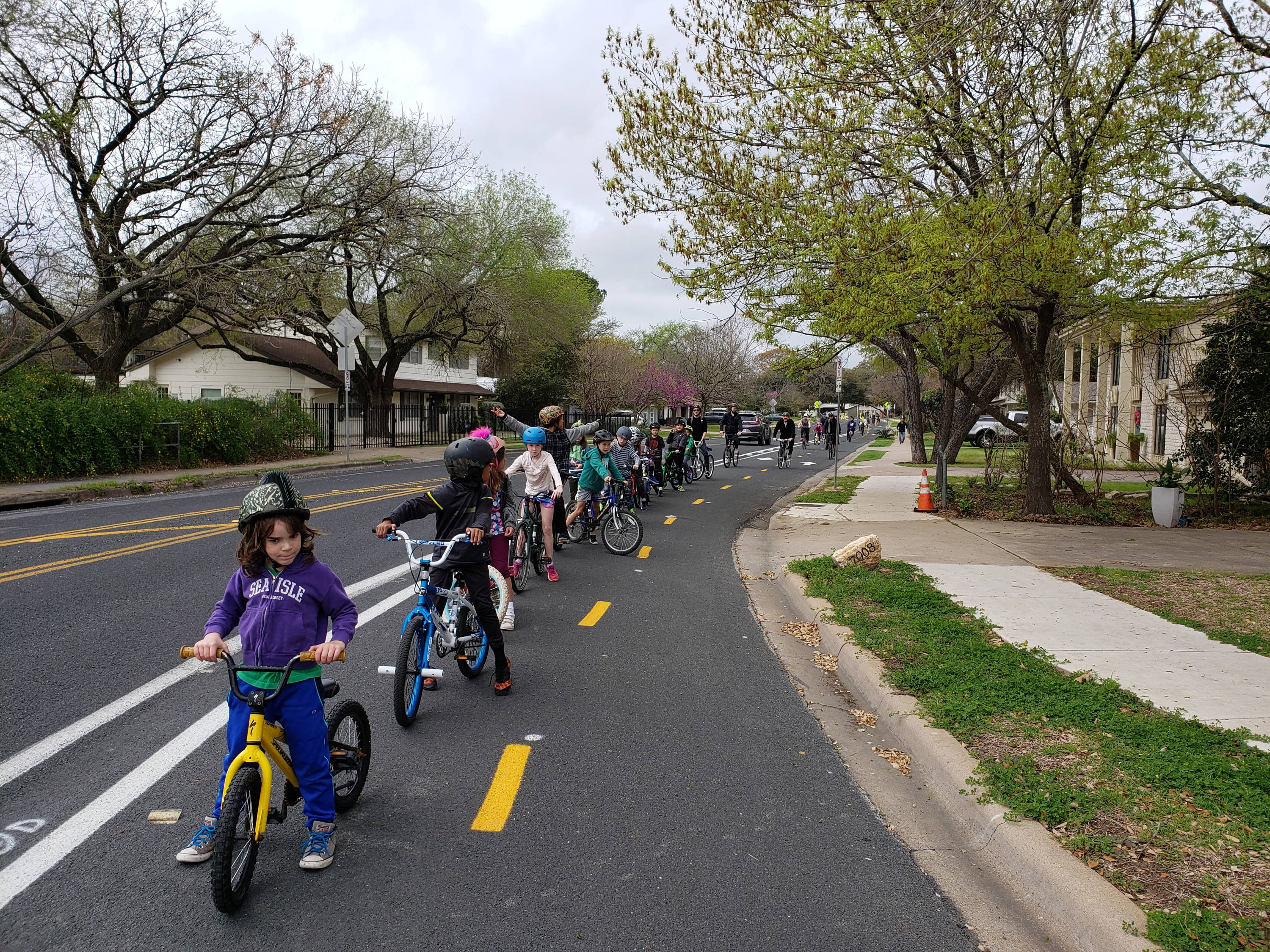 An expansion of services

Ghisallo’s community-based approach has been so successful that it has expanded its programming to adults—even seniors. In fact, the Golden Rollers bike club and a new trike program are some of Ghisallo’s most popular groups. Families are brought into the cycling fold naturally too, with parents wanting to ride with their newly schooled kids. Commuting by bike suddenly becomes a very real possibility.

“Today we have way more demand and that’s very satisfying. It’s an entire ecosystem of services,” says Stanton. “People have found value in it. They know it improves their quality of life.”

Kids who have learned through Ghisallo seem to show up on their bikes years later. Some are now old enough to teach others. And so the beautiful cycle continues.

Stanton recalls, “One of my favorite memories is when a former student said simply ‘Tuesday is my favorite day because it’s bike club day.’ ” Those are impressions that last through time—the experiences that are formative, that can change your trajectory, help you discover who you are in the world, and unveil what things you want to change.” 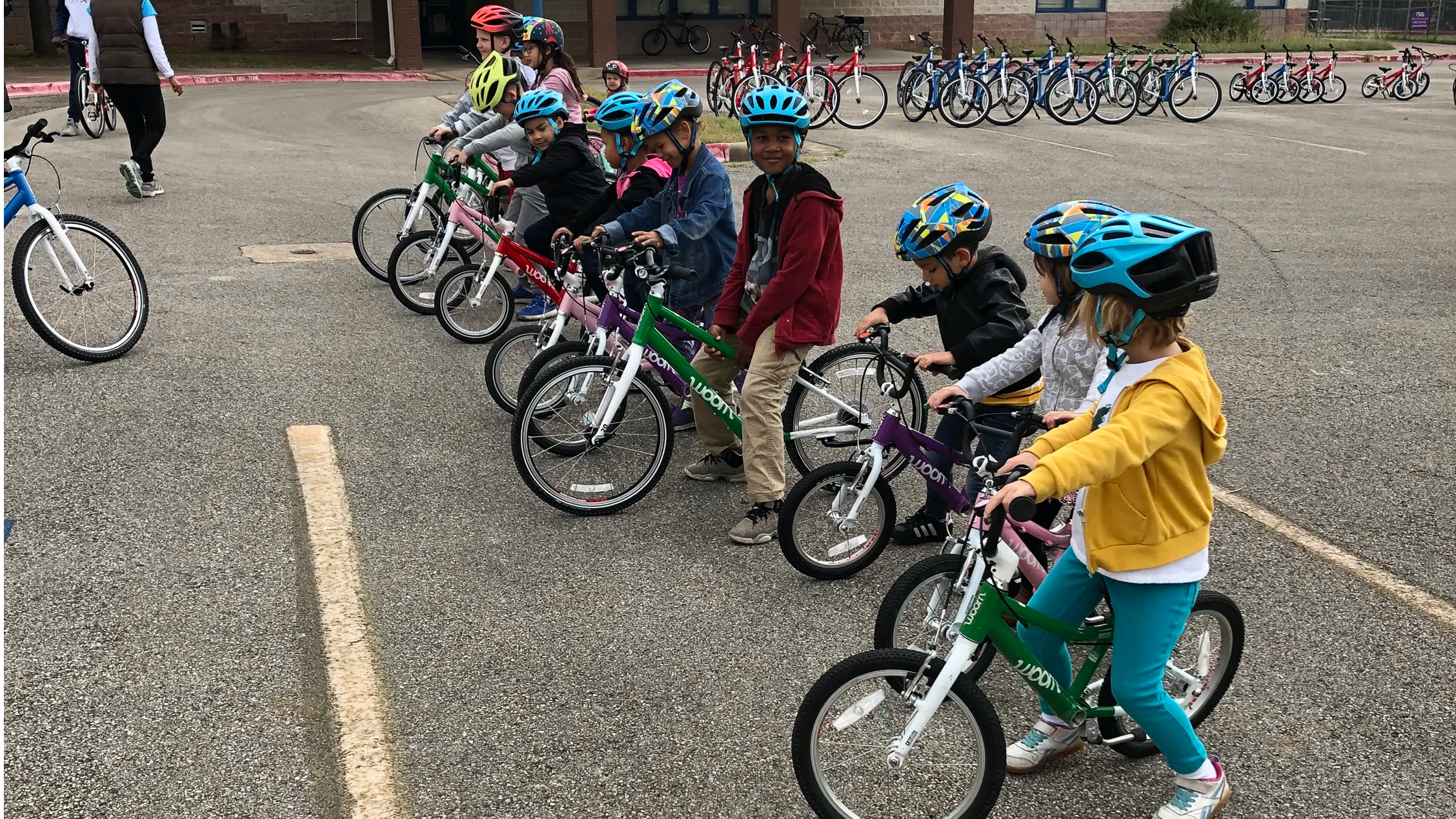 If you’d like to get involved and help support Ghisallo’s efforts—and are a local to Austin or San Antonio, Texas—there are a plethora of opportunities to volunteer. There are also several opportunities to directly make a donation to Ghisallo. If you’re not local—have no fear! Our upCYCLING program that has contributed to the Ghisallo Cycling Initiative is an easy way to get involved. Through the upCYCLING program, you’re able to return your well-loved woom for a woom that’s one size up. All you have to do is pay a one-time fee of $59 and the rest is a breeze.