We teamed up with Austin-based studio artist and muralist Ryan Runcie, for a special #woomgives initiative by donating a few two-wheeled blank slates for the creative to spin his magic. It was a very narrow canvas. Our goal? Auction off three one-of-a-kind, art-infused kids’ bikes to benefit Six Square. We first learned about Six Square, the nonprofit behind preserving and celebrating Austin’s Black Cultural District, back in June in our pledge to support the Black community. 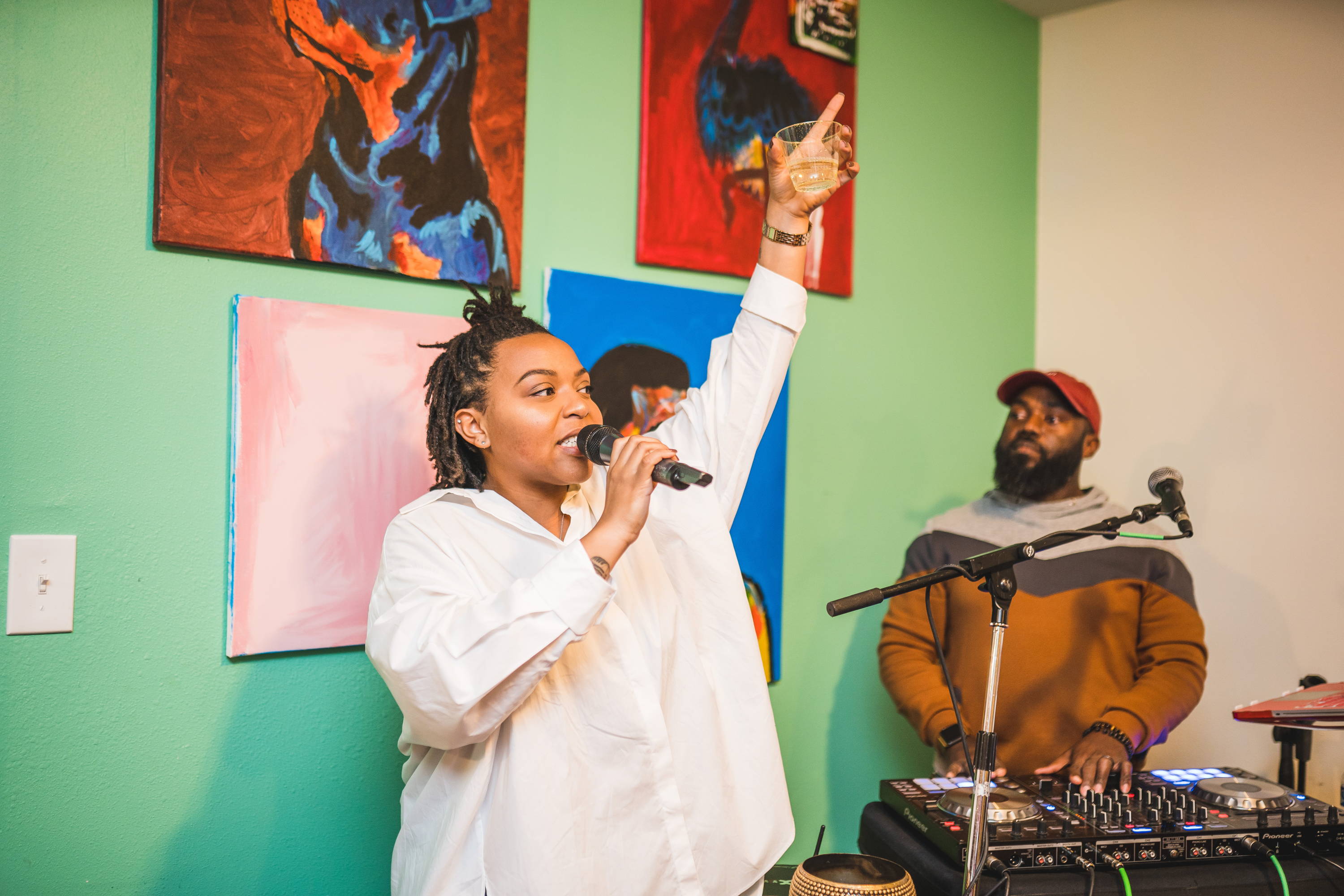 “We want to make sure Black Austin is seen,” says Six Square’s Shelbi Mitchell. “We’re fighting gentrification, making sure we’re part of city conversations, and bringing Black culture back to an area where we were pushed for more ‘comfortable living.’ ” Mitchell is referring to the six square blocks, once known as the Negro District, an intentional city-run compartmentalization of Austin’s African American community, starting in 1928.

“Before, there were Black people living all over Austin,” Mitchell says. “Many people don’t know that.” But out of mistreatment sprouted a Black culture and economy all its own. Those six square blocks houses historically Black Huston-Tillotson University; Down’s Field, former home of the minor league baseball team, called the Austin Black Senators; and Carver Complex, known as the “drumbeat” of the Black community in Austin.

It’s a place that deserves to be preserved. Unfortunately, each year that mission becomes harder. “With rapid-paced gentrification, the community is changing,” says Mitchell. “Black people are trying to keep their homes, but in so many ways, the dollar wins.”

That doesn’t mean Six Square is giving up. Each year, through projects that reflect the Black experience, the nonprofit works with artists, creatives, and entrepreneurs to honor the historical legacy of an African American community that once thrived in Central East Austin. Examples include historic preservation, musical exploration, and a series of murals marking the neighborhood’s cultural legacy.

A New Canvas for Unity 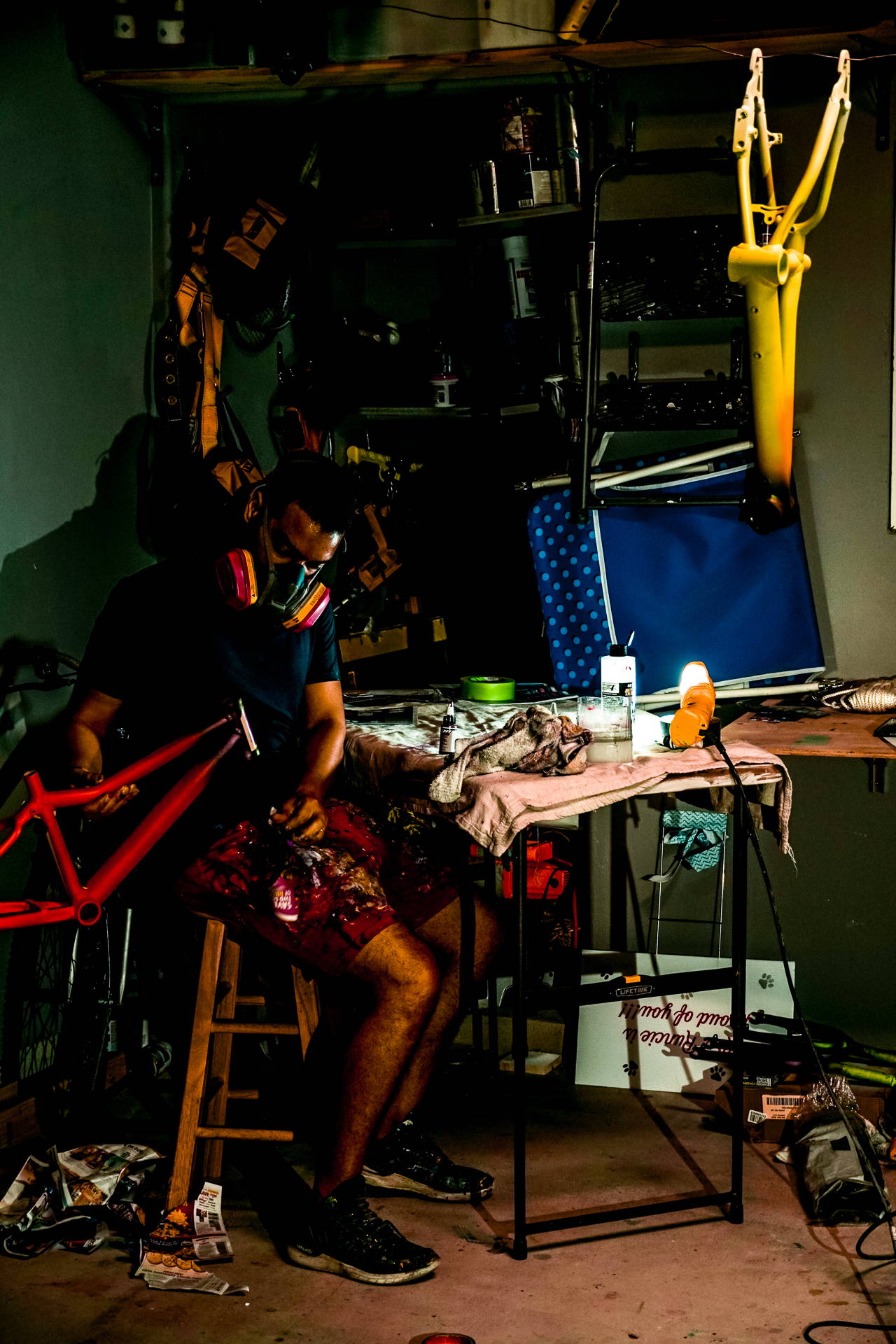 Enter Ryan Runcie, the artist behind some of the community’s most colorful murals. Six Square suggested we reach out to Runcie to work with him on a project we’ve been dreaming about at woom for several months now. Kids bike frames were a new canvas for the artist, and both woom and Runcie were excited about the opportunity to make this dream come to life. Usually, Runcie tells his stories of social and racial reconciliation on sweeping concrete surfaces. Still, he was more than up for the task of utilizing his talents to turn an ordinary kid’s bike into a work of art.

Creating art that resonates with small kids was the inspiration behind the art bikes for the local artist. “Even though adults often come with ideas, you want to make sure the kids are connected because they have to live with it,” Runcie of the interactive murals he’s painted on local schools. “When they have a connection, they come back.”

Taking into account the limited surface, Runcie had to get creative. “With such little surface area, I still wanted to give that meaning,” he says. “I thought of the bike as a background to the kids riding it. I wanted to lift them up and inspire them and their friends.” Runcie did that with bright primary colors splattered in chameleon paint that changes color as the bike moves.

“The splatter idea is meant to represent acceptance — that all these colors can come together to mean something more,” he explains. “The chameleon paint represents constant growth and change. On your bike, you are always shifting — and you are too.”

The bike art project couldn’t be more representative of a dynamic time, a nuanced world, that is never, really, black and white. Like the intent behind much of his work, Runcie uses unexpected colors to “push the color of skin away, so you are forced to deal with the beauty of the form,” he explains.

In its own way, it’s unifying — seeing the similarities rather than differences between us and offering a new way to work together. That, too, is Six Square’s dream. “We all can connect — for-profits, nonprofits — for our world to come together in unique ways,” Mitchell says. “We want to create a place for community, for culture, for collaboration, for understanding what was there before and paying respect to it.” It’s a big ask.

We can only hope that a few color-filled kids’ bikes are playing a small part in making that happen. 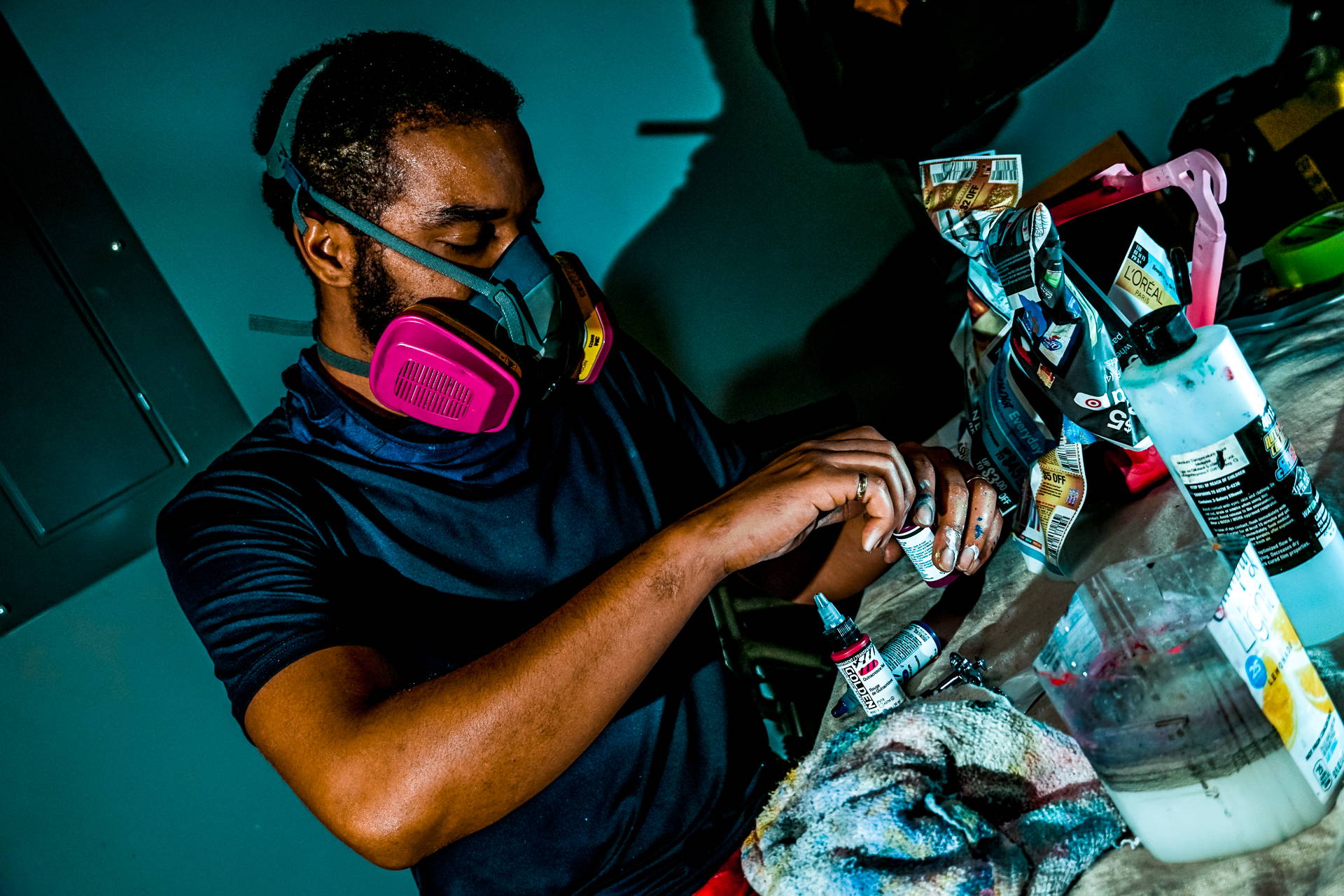 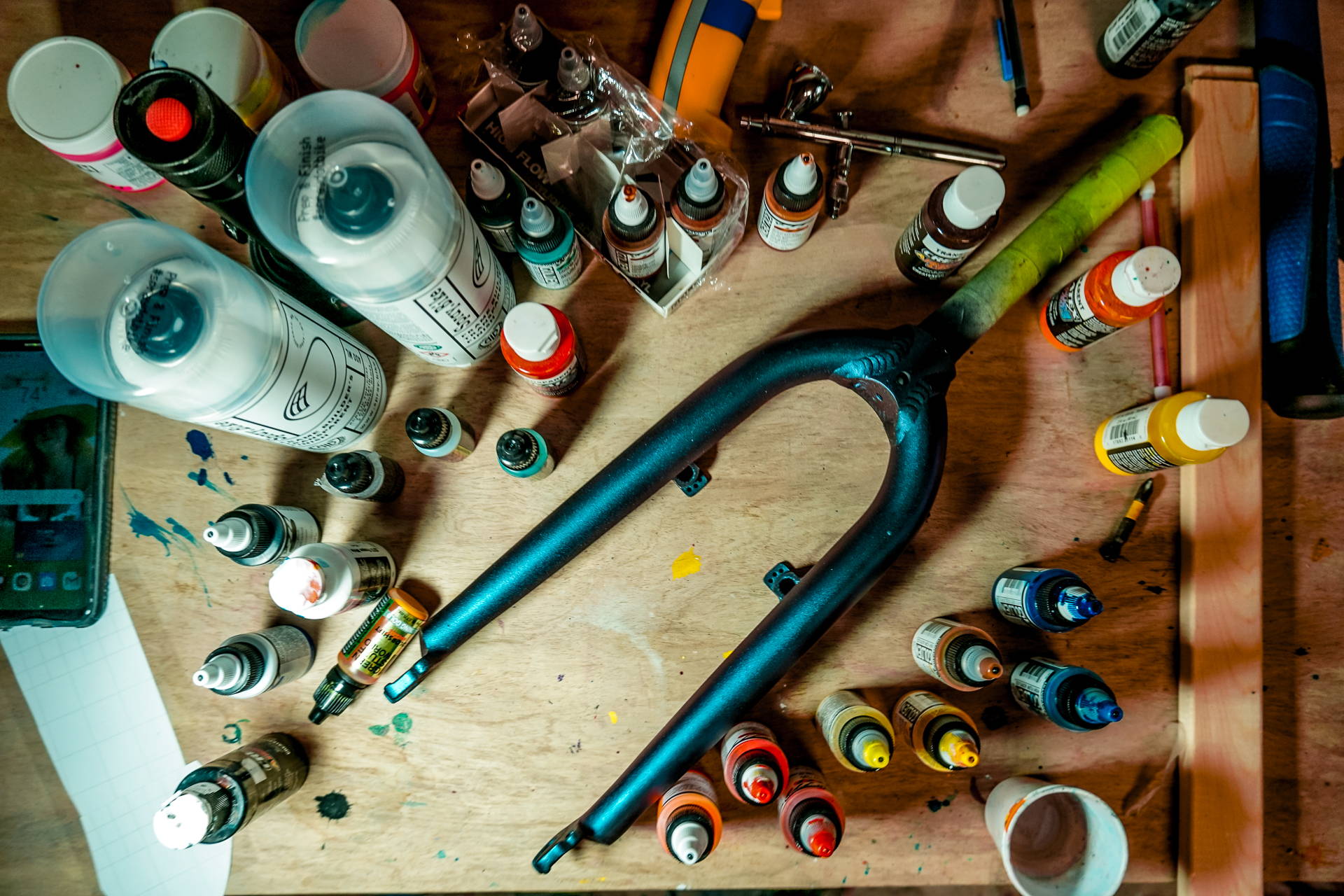 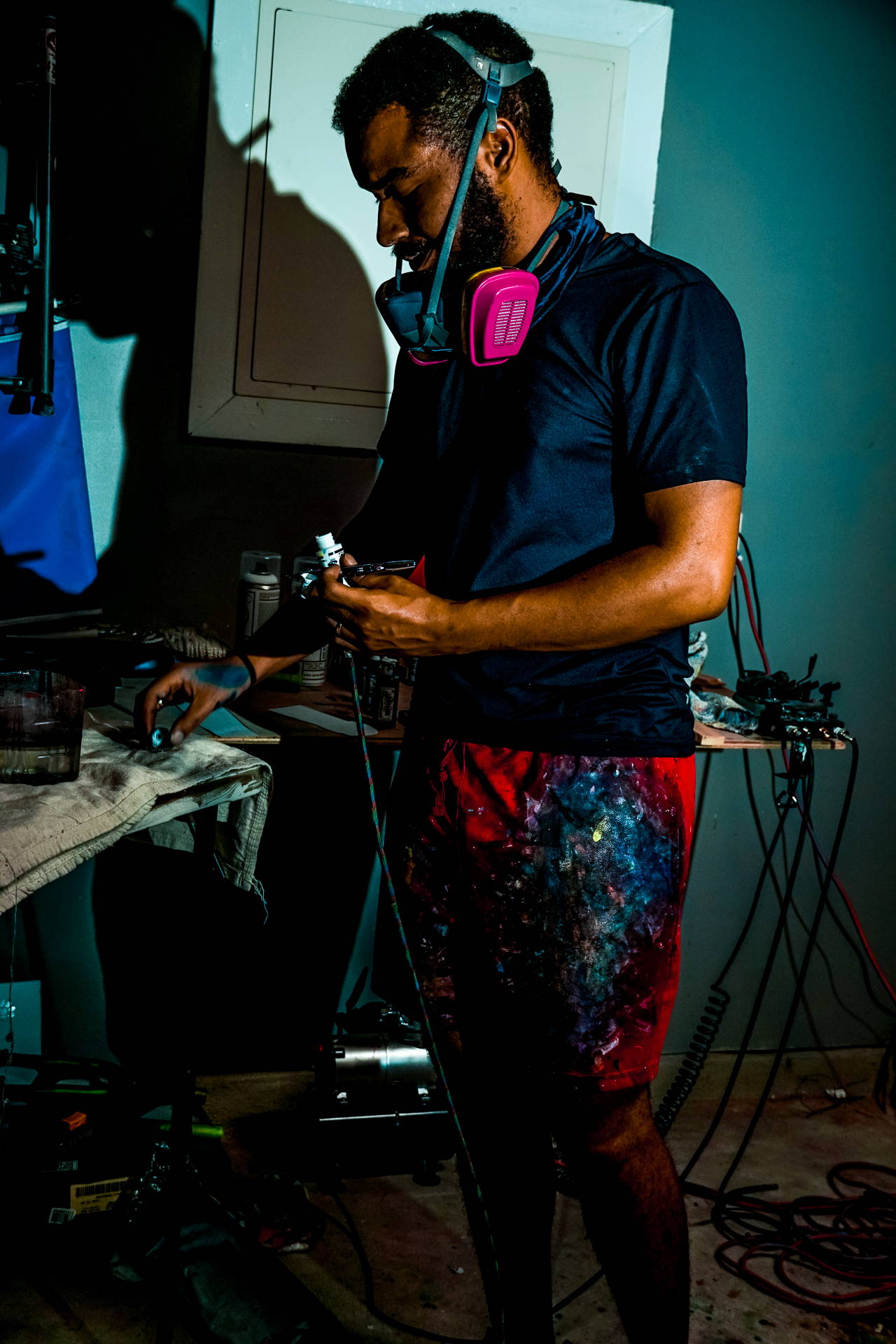 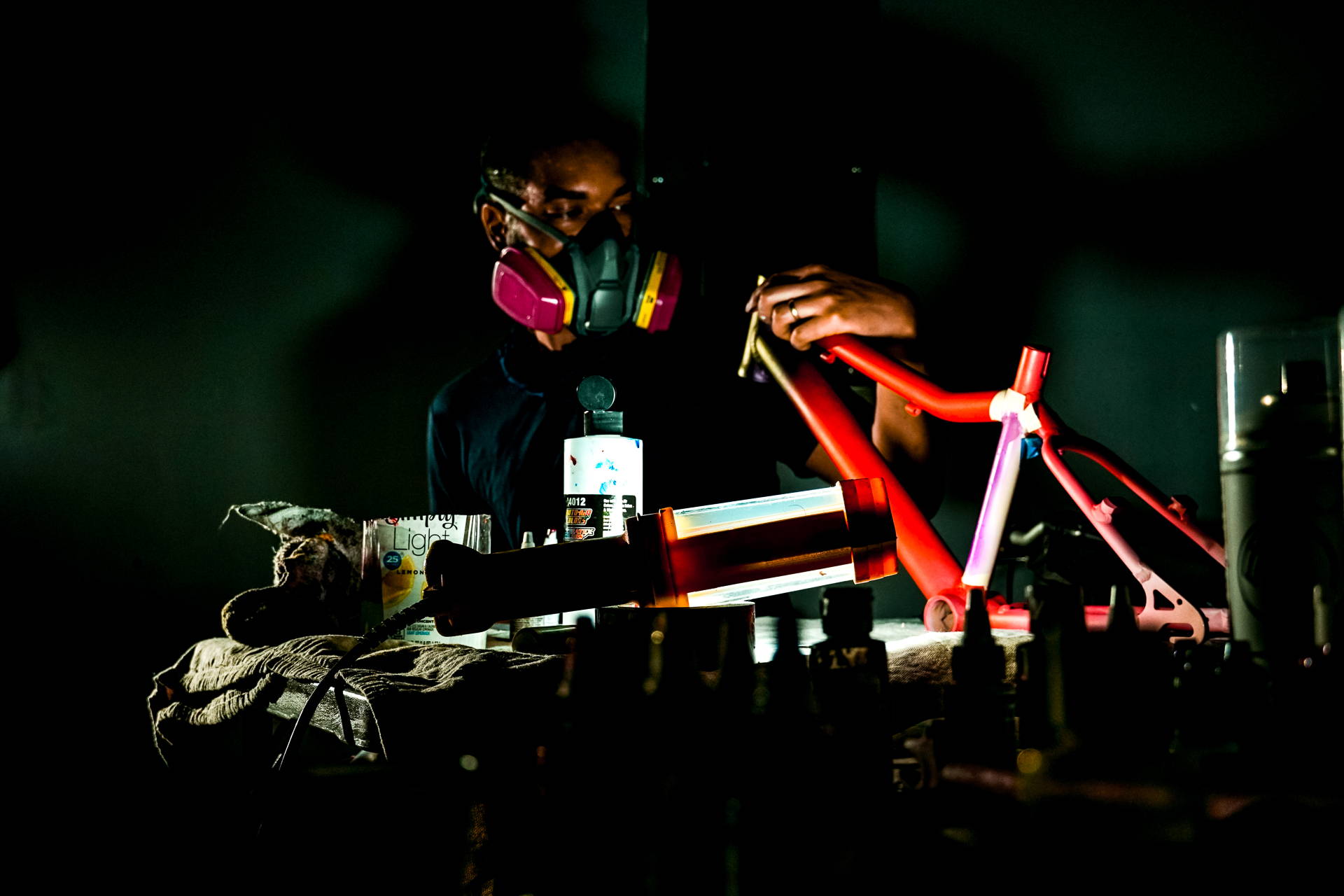 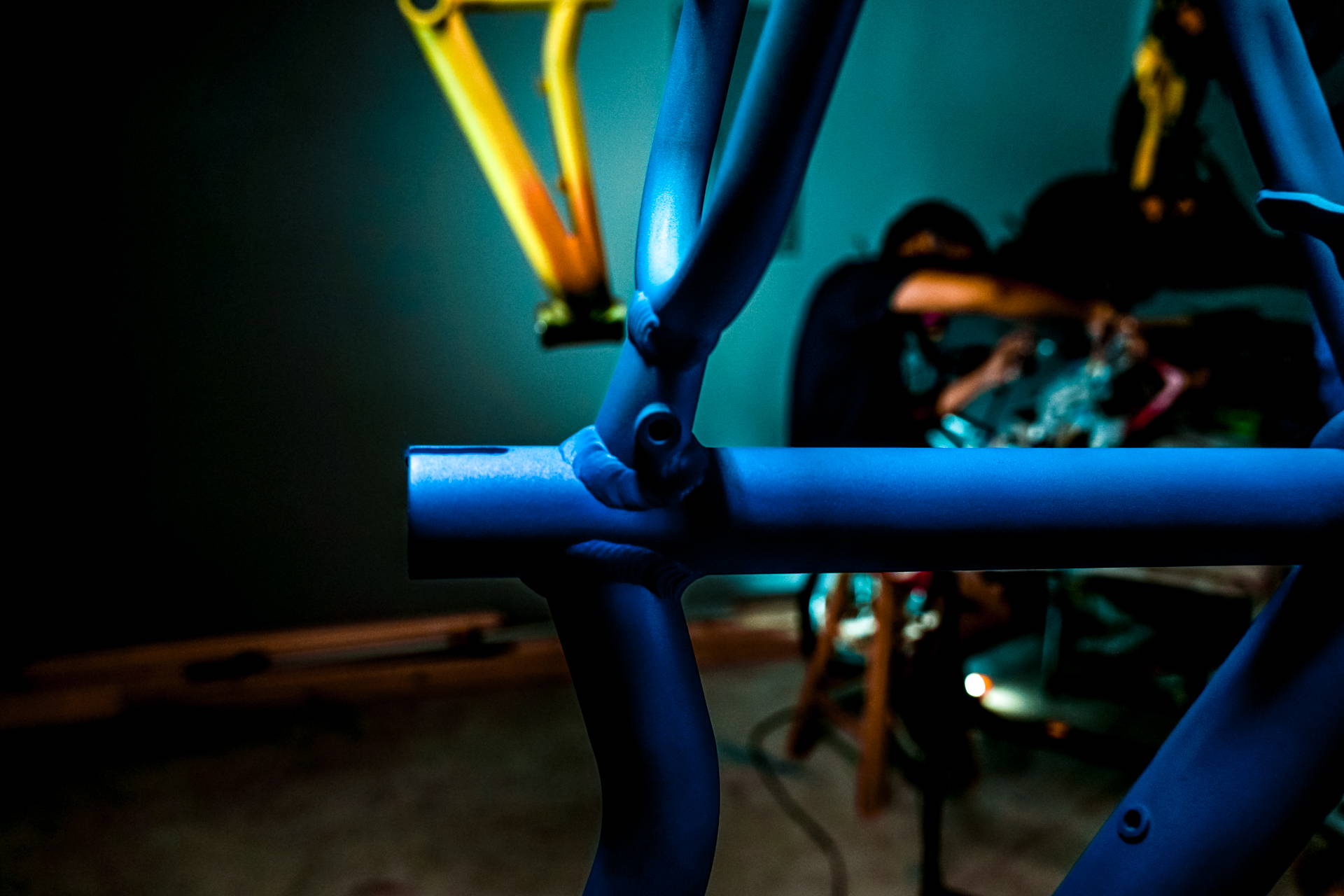 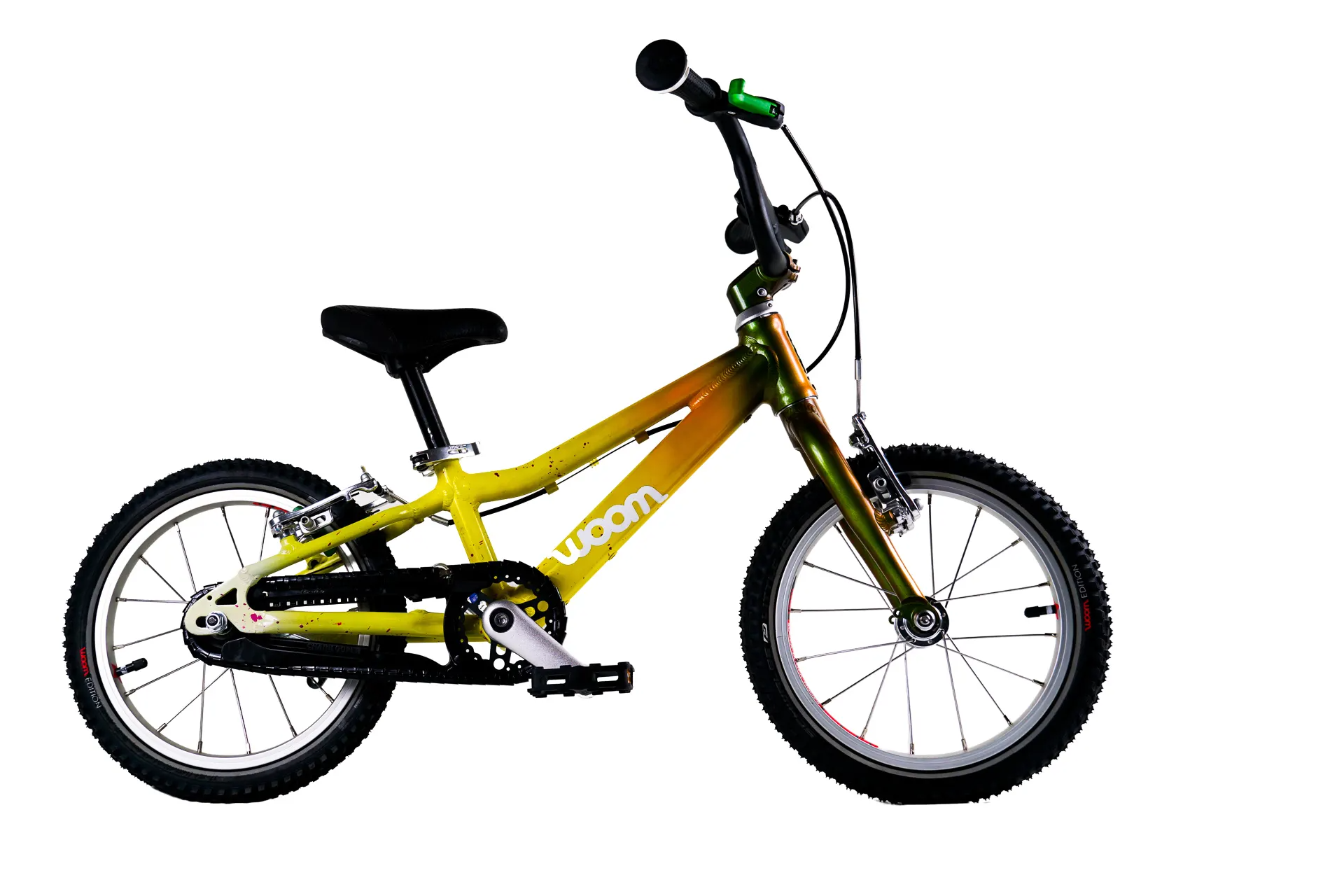 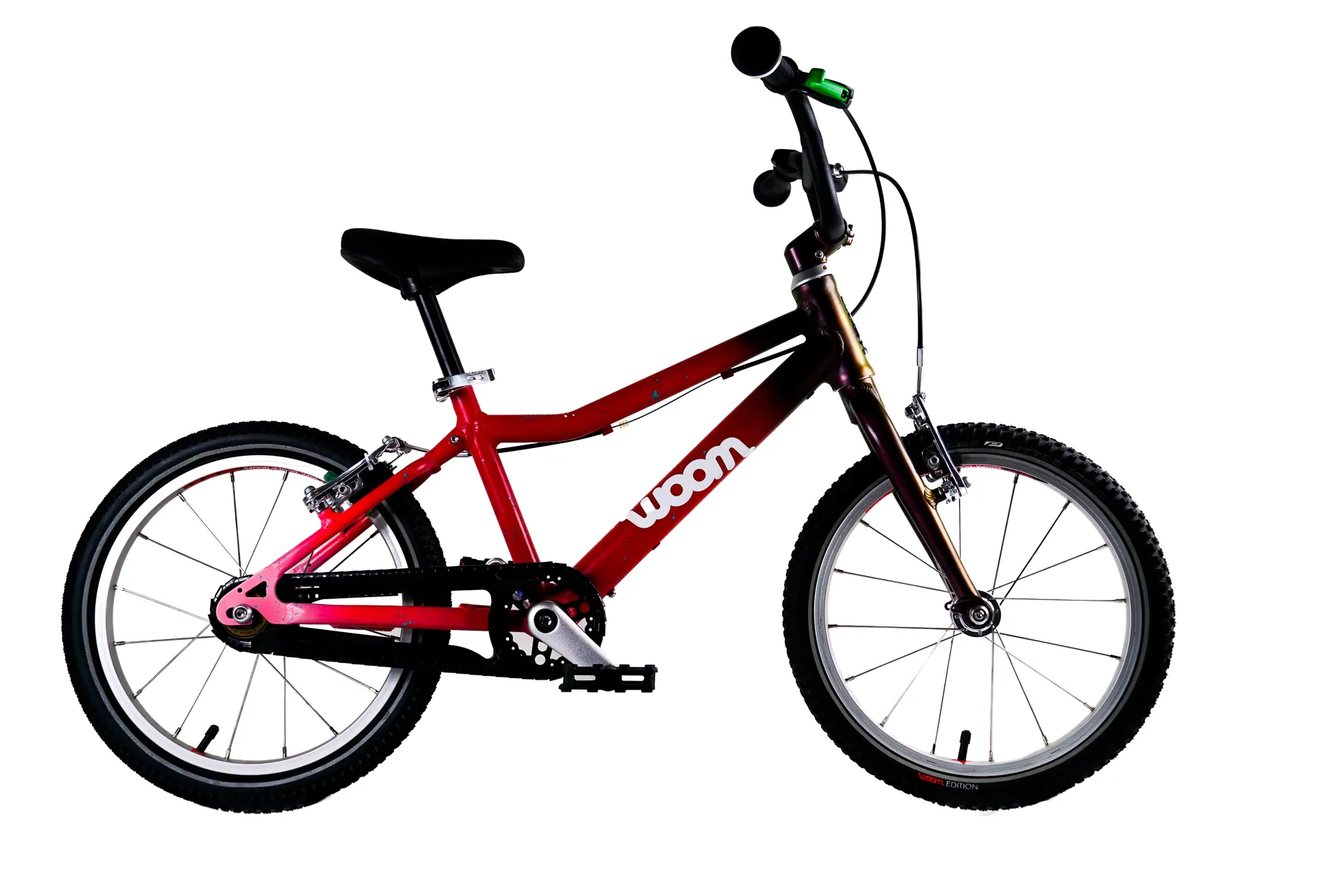 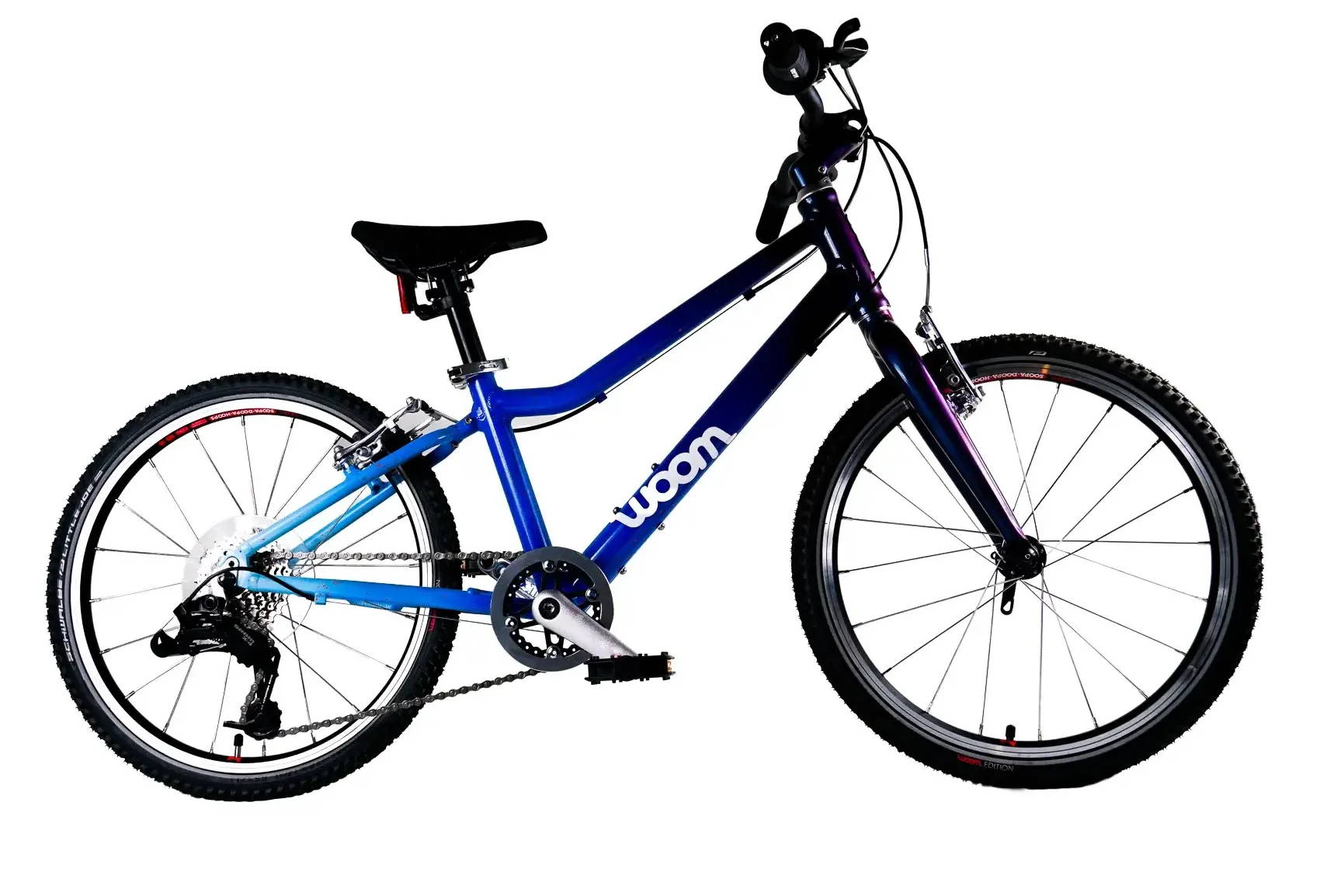 At the conclusion of the auction, $2042.50 was raised in support of Six Square. Although the auction is now closed, you can still support Six Square in their efforts to preserve the cultural heritage of east Austin!